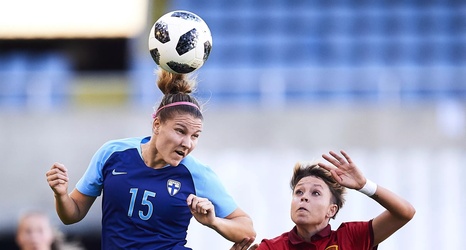 In a collaboration with the Offside Rule podcast, The Guardian is releasing its list of the top 100 women’s soccer players of 2020. On Tuesday, they revealed numbers 71-100, which included one current Portland Thorns FC player and one former player.

The first Portland Thorn to be named was newcomer Natalia Kuikka. The 25-year-old defender was recently named Finland’s best women’s player of 2020 and comes in at 92nd on The Guardian’s list.

“Kuikka, a 25-year-old centre-back, is undoubtedly one of the breakout stories of the year. While many have focused on the forward line of the new Damallsvenskan champions Kopparbergs/Göteborg, Kuikka has brought a new dynamic to the team with both her defensive and offensive qualities.