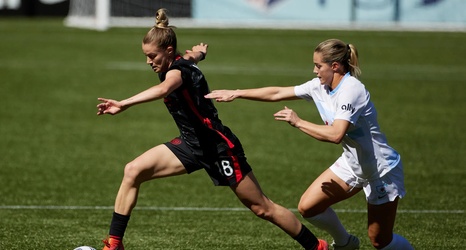 The Portland Thorns are back in action for the first time since their first-ever win against the Courage in Cary, NC, on Sep. 12. Crystal Dunn, Becky Sauerbrunn, Sophia Smith, Rocky Rodriguez and Natalia Kuikka all played with their respective national teams over this FIFA window. Lindsey Horan picked up a knock against the Courage and was called up but didn’t feature. Coach Mark Parson was also on international duty, coaching the Netherlands Women’s National Team during the break.

The Thorns can further solidify their position in first place with a win in Chicago and will be the first team to clinch a playoff position if they pick up three points.