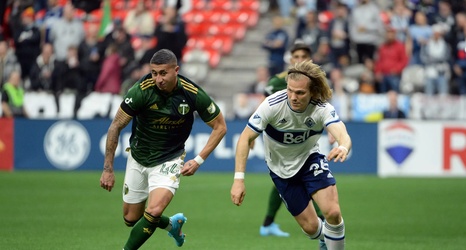 The 100th meeting between the two teams started off fairly slowly in terms of chances for either team. The first yellow card which was given in the sixth minute set the tone for the rivalry night. The first opportunity of the night came from the Whitecaps but nothing came from it.