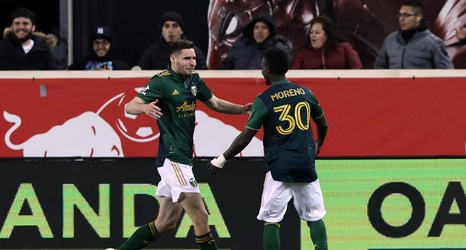 After an underwhelming April, the Portland Timbers began the month of May by earning a crucial point on the road following a 1-1 draw with the New York Red Bulls.

All of the talk prior to the match centered around a host of notable absences for the Timbers. Claudio Bravo, Aljaz Ivacic, and Blake Bodily joined George Fochive, Diego Gutierrez, and Felipe Mora on the injury list for the Timbers, with Sebastian Blanco and Diego Chara only fit enough to make the bench. Dairon Asprilla and several Timbers coaches were also unavailable after testing positive for COVID-19 before the match, and Josecarlos Van Rankin was suspended due to yellow card accumulation.