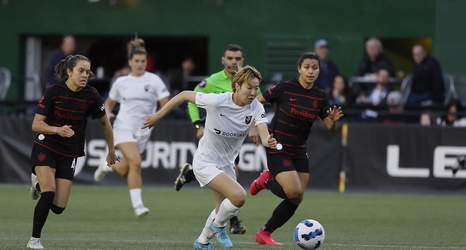 It will be the second time Portland Thorns and Angel City play each other and the Rose City team can clinch a spot in the semifinals with a win or a draw. Their fate is in their own hands. The teams will kick off in Titan Stadium tonight at 6 p.m. Pacific.

What happened the first time they met?

The game at Providence Park saw a very young squad in terms of games played, with Natalie Beckman, Taylor Porter, Yazmeen Ryan, and Meaghan Nally on the field. Hannah Betfort and Gabby Provenzano joined them in the second half, marking Provenzano’s professional debut.