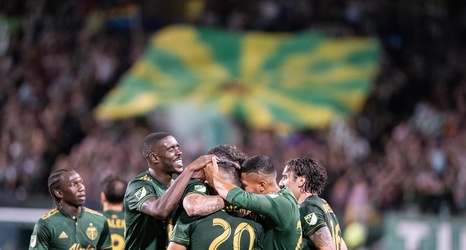 Center back Larrys Mabiala scored in the 90th minute to send the Portland Timbers to the Western Conference Final. The Timbers upset the top-seeded Colorado Rapids 1-0 in Colorado. Mabiala has now scored in consecutive playoff matches after not finding the net throughout the entirety of the regular season.

The opening stages of the game were dictated by the home side. Colorado came out assertive and direct and looked to build down the wings in the early minutes. Josecarlos Van Rankin struggled early to deal with Colorado’s attackers and the Rapids were able to launch a number of dangerous crosses into the box.