Getting Everett on the ball and offensive variance 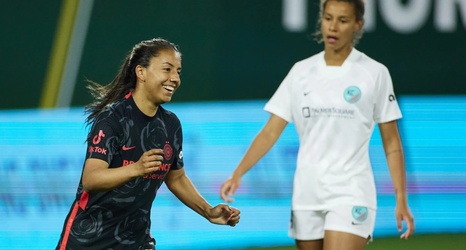 The Portland Thorns played out a goalless draw against NJ/NY Gotham FC on Sunday at Providence Park. The Thorns created plenty of opportunities to get a goal, finishing the match with an expected goals total of 2.25 and only allowing an xG of 0.49. But coach Mark Parsons made it clear in his post-match press conference that he was unhappy with how the team performed.

Portland has repeatedly underperformed their expected goal totals throughout the regular season and the NWSL Challenge Cup. The team’s lack of clinical finishing has resulted in dropped points and losses.