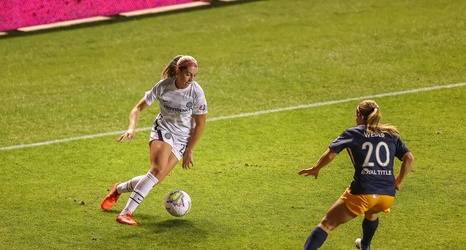 We’re finally back. Portland Thorns FC is playing real, competitive soccer again. And it’s exciting for plenty of reasons. First, it’s one of the first two games of the NWSL Challenge Cup, happening right after the Houston Dash play the Chicago Red Stars. Second, they’re playing Kansas City NWSL, who have been newly rebranded after being formerly known as the Utah Royals. And last but not least, the Thorns will get to play in front of real fans!

Sure, it’s only 25% capacity, but that’s a heck of a lot more than when Providence Park was essentially a ghost town.