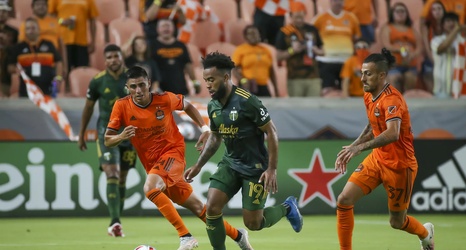 Almost everything about the Portland Timbers’ 2-0 win over the Sounders on Aug. 29 was perfect. Fish-gutting goals from Sebastian Blanco and Felipe Mora that silenced Lumen Field, the Sounders being thwarted by a combination of woodwork and Steve Clark in the second half, and a clean sheet against the same team that put six goals past Aljaz Ivacic at Providence Park two weeks prior.

But after planting awkwardly while turning to pass the ball in the 12th minute of the game, Eryk Williamson sustained what the Timbers would later announce to be a torn ACL in his left knee, which will see him miss the remainder of the 2021 MLS season.