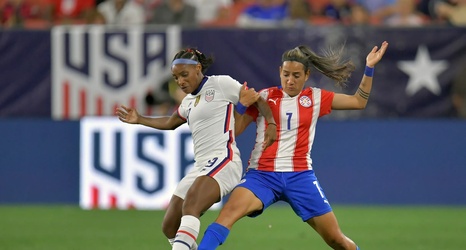 Portland Thorns’ Crystal Dunn and Becky Sauerbrunn started for the United States Women’s National Team in their 9-0 win over Paraguay at FirstEnergy Stadium in Cleveland, Ohio on Thursday. Sophia Smith was introduced in the 58th minute.

Vlatko Andonovski stated prior to the match that Lindsey Horan would not be available for selection in either of the USWNT games in Ohio. The Portland midfielder picked up a knock in the Thorns’ 1-0 win over the North Carolina Courage.

The U.S. were playing a team in Paraguay that had only played one prior match in 2021.