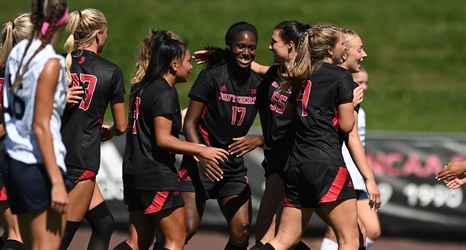 The college soccer season is heating up. Portland Thorns draftees Amirah Ali and Sam Coffey have continued to rack up goals and assists for their respective sides, Rutgers and Penn State. Both teams would have believed that they were the outright favorite to win the BIG Ten regular season title. But after this week one team has a much firmer grasp on the trophy and the other dug themselves quite a hole.

On Sep. 12, Rutgers was handed their second consecutive ranked loss. The Scarlet Knights were defeated 1-0 by #24 Georgetown in Washington, D.