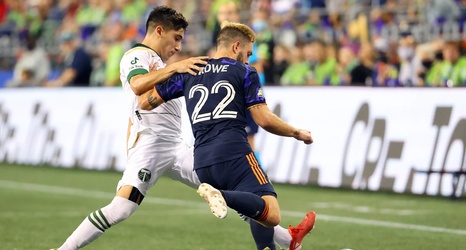 Felipe Mora scored and assisted in the Portland Timbers’ 2-0 win over the Seattle Sounders. The Timbers leap into a playoff position with their win at Lumen Field.

The Timbers played well throughout the first half. Dairon Asprilla shocked everyone with a ferocious strike six minutes into the match. He cut inside and launched from distance. The ball whistled through the air and smashed off the corner of the goal post.

Three minutes later Eryk Williamson went down and immediately called for the trainers. Williamson was stretchered off the field and was replaced by Cristhian Paredes in the 12th minute.