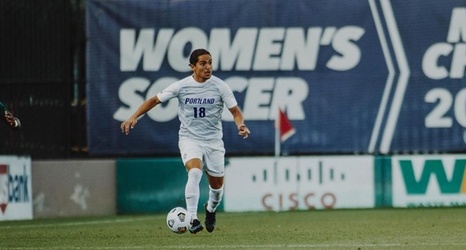 NORTHRIDGE, Calif. – A late goal in overtime sank the Portland Pilots as they fell to the CSUN Matadors 1-0 in Northridge. The loss snaps Portland's four-game winning streak and drops the Pilots to 5-3-0 on the season.

Giovanni Aguilar scored the winning goal for the Matadors. The goal was the second of the season for Aguilar, who also scored against another WCC opponent in the Loyola Marymount Lions.

Neither team looked perfectly fluid to start, but the Pilots had a much easier time putting together attacking chances to begin than the Matadors. They had no problem either counterattacking after stymieing CSUN's attack or slowly building up through the backline.