Pilot Soccer Match vs. Seattle U to be Televised on KRCW-TV 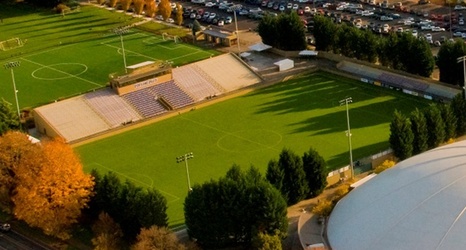 PORTLAND, Ore. -- Tomorrow's NCAA Tournament first-round matchup between the Portland Pilots and the Seattle U Redhawks will officially be televised on Portland's CW (KRCW-TV). The broadcast will start at 6 p.m.

The Pilots officially made the tournament earlier this week after finishing the regular season 10-6-1 overall and 4-2-1 in WCC play. They beat four teams that ranked in the top 40 in RPI -- UCLA, Loyola Marymount, Northern Illinois and Seattle U -- over the course of the regular season and finished tied for third in the WCC.

Thursday's match will be the first playoff game for the Pilots since 2018.