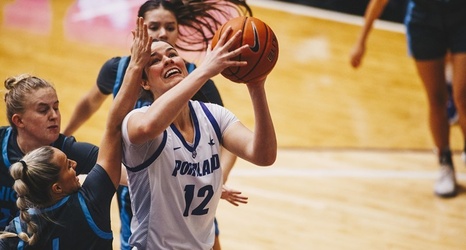 Alex Fowler was the leading scorer for Portland with 19 points as well as nine rebounds. Maddie Muhlheim and Fowler were the only two Pilots to eclipse double digits, with Muhlheim scoring 11 points with three makes from beyond the arc. Portland saw 11 different players score on the night.

Courtney Jackson and Alexa Mee were the leading scorers for the Knights with 11 each.