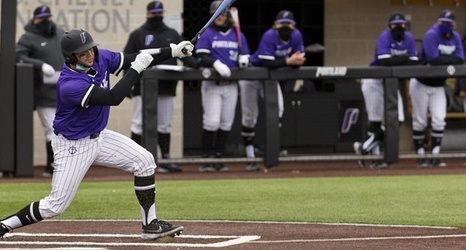 PORTLAND, Ore. – The No. 15 Oregon Ducks rushed out to a big lead early and never looked back as the Portland Pilots dropped their final match against the Ducks this season 18-1. The loss drops Portland to .500 on the year at 16-16.

The Pilots' pitching staff struggled to slow down the bats of Oregon, allowing 18 runs off 21 hits. Those totals from the Ducks are the most Portland has allowed this season in both categories. The Pilots cycled through six pitchers on the day, with Nick Nygard taking the loss in his first start this year after allowing three runs and five hits in two innings.