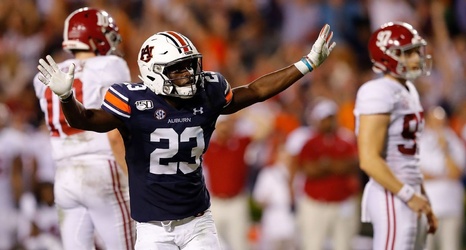 For the first time since the College Football Playoff began, Alabama will not get an invite, its slim hopes officially ended after a stunning 48-45 loss to Auburn in the Iron Bowl. But on a Saturday in which the current top four left no doubt, it was still the Crimson Tide that stole the show.

Rivalry weekend left little drama for Clemson or Ohio State, Georgia or LSU. They all won easily. They'll all advance to conference title games with Playoff bids on the line. They'll all be worth our attention some other Saturday.