Which Pro Athletes Know When to Hold’em 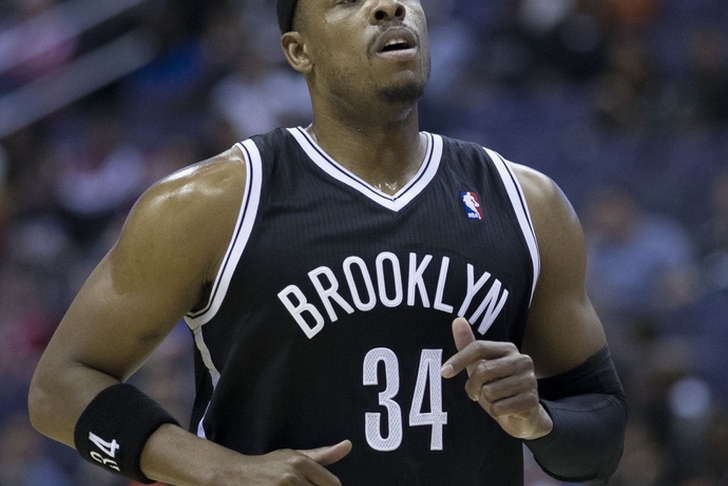 For the world's best pro athletes, the competitive drive is what separates pretenders from contenders on any playing field. So it's no surprise that when the season ends, or a career for that matter, some of the best athletes in the world seek another outlet to keep those competitive juices flowing.

Enter the game of poker, because when those final whistles blow, Texas Hold'em has quickly become the new proving ground for more than just a handful of pros from a variety of different sports. Soccer stars Neymar and Ronaldo, NASCAR’s Jason White and dozens of others have flocked to the game, but the question is, who knows when to hold'em and when to fold 'em? Or in more layman's terms, who among these elite competitors can play some on-point poker?

Poker superstar Phil Hellmuth has said on Twitter that a number of Golden State Warriors players have some poker chops, and Oklahoma City Thunder star Russell Westbrook has been spotted at the cash game tables in Las Vegas a time or two, but one NBA star seems to be head and shoulder above the rest of the league after making a decent run on poker's biggest stage.

Paul Pierce spent the first 15 years of his basketball career with the Boston Celtics, helping the club win a championship on 2008. He is a ten-time All-Star and won the 2008 NBA Finals MVP award. They call him "The Truth" for a very good reason.

The annual World Series of Poker is held in Las Vegas as the NBA season winds down, with the $10,000 buy-in World Championship Main Event held after the NBA finals are over each year. Pierce had played in the tournament a couple of times before, but in 2014 he enjoyed a deep run at the title, making it all the way through to the event's third day before busting just shy of the money.

Pierce may not have earned any cash, but he proved he belonged somewhere other than the court.

Two years earlier, one of the NHL's best goalies proved he can stop more than just pucks and cashed in the WSOP Main Event.

A fair number of hockey players have turned up for some well-publicized charity poker events over the years, including Alex Ovechkin, Jeremy Roenick, Pat LaFontaine, and Cam Neely. However, these NHL legends always end up looking more like they've just read some learn to play poker manifesto in the green room, rather than seasoned poker veterans. Florida Panthers backstop Roberto Luongo is the exception to that rule.

Luongo, a perennial finalist for the Vezina Trophy as the NHL's best goalie, Lester B. Pearson Award as top player, and Hart Memorial Trophy as the league's MVP, proved he's good at poker too, making it all the way to 634th out of 6,598 players in the 2012 WSOP Main Event and cashing for $19,227.

He even managed to follow that up with a runner-up finish in his own Roberto Luongo Charity Poker Classic held in Vancouver, Canada later that year.

English soccer legend Teddy Sheringham did make a European Poker Tour final table and a deep run in the World Series of Poker Europe Main Event a few years ago. However, it's an American Football star who seems to be having the biggest impact on the game of poker lately.

Richard Seymour played defensive for the NFL's New England Patriots and Oakland Raiders, winning three Super Bowl rings before retiring after the 2012 season. Since then, he's turned his attention to high-stakes poker tournaments and has a lot to show for it.

Seymour has cashed for more than $120,000 in tournaments, including a deep run in the prestigious World Poker Tour Five Diamond Main Event in Las Vegas this past December. Seymour has nine cashes in major tournaments on his resume so far, and appears to have the poker chops to make double digits an inevitability as the top dog when it comes to going pro athletes playing poker today.