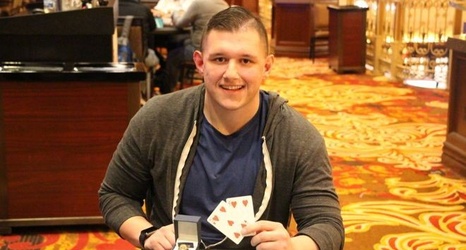 Zack Mullennix came to the World Series of Poker Circuit Ameristar St. Charles to chase points, but no more chase is needed as he's locked up his seat into the season-ending $1 Million Global Casino Championship. He won the $1,700 Main Event, besting a field of 281 entries for a $92,886 first-place prize.

It was Mullennix's third gold ring. Both previous wins came in Florida, where he now resides and plays for a living. And that's where he's happy to return, now that he no longer has to chase. The life of a traveling tournament pro has gotten a bit old, he admitted.