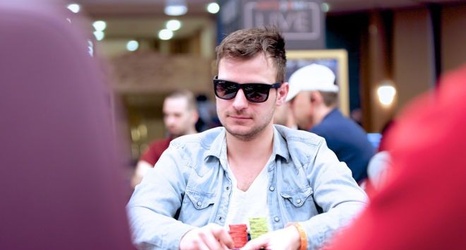 After an exhilarating seven hours of play, the final table in the WPT World Online Championships Main Event is confirmed.

Leading the way is Romanian Vlad Darie who is looking to win his second WPT title after triumphing in the 2016 WPT Vienna Main Event. For that victory, he took home $174,735 but should he go on to win this title he'll be earning himself almost a million dollars.

Close behind Darie is American David Peters, who doubled through Fabian Quoss twice in quick succession to haul himself off the bottom of the chip counts and into second place, whilst also eliminating Quoss on the final table bubble.