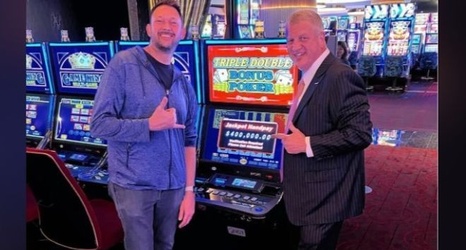 Hitting one jackpot at any point in your life is amazing. Now imagine getting a second one just six months later. That's exactly what happened to poker player Robbie Schiffbauer who won a $400,000 video poker jackpot at Circa Las Vegas this week.

In March, the same individual also claimed the largest bounty in a €2,700 European Poker Tour (EPT) Mystery Bounty event, which paid him €50,000. As a small bonus, he also received €5,480 for his 37th place finish in the no-limit hold'em tournament.