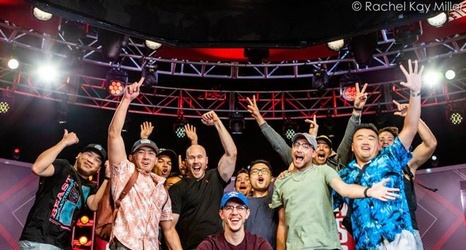 A total of 14 players returned for the third day of Event #58: $1,500 Pot-Limit Omaha Eight Or Better at Ballys and Paris in Las Vegas. At the end of the 13-hour-long day, it was Lawrence Brandt collecting his first WSOP bracelet and a career-best score of $289,610.

“It honestly was the best tournament I've ever played,” the new bracelet holder said, “I haven’t played too many PLO8 tournaments, and obviously luck plays a factor, but I was really happy with my performance.”