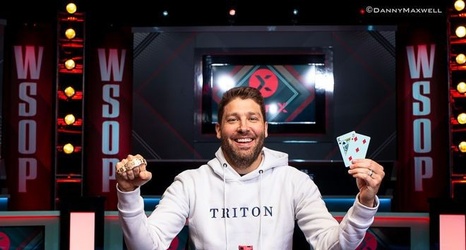 Another week's gone by at the 2022 World Series of Poker (WSOP) in Las Vegas, which means it is time to look at another PokerNews WSOP Player of the Week.

This week, the distinction goes to high stakes pro Jeremy Ausmus, who nabbed his fourth career bracelet and first of the series in Event #23: 6-Handed Limit Hold’em, a victory that also earned him $142,147.

Ausmus, who memorably won his third bracelet less than a year ago at the 2021 WSOP in Event #84: High Roller Pot-Limit Omaha after defeating both Phil Hellmuth and Daniel Negreanu during three-handed play, also made a deep run last week in Event #14: 6-Handed No-Limit Hold’em that extended into Day 2, ultimately bowing out in 24th place for $17,481.