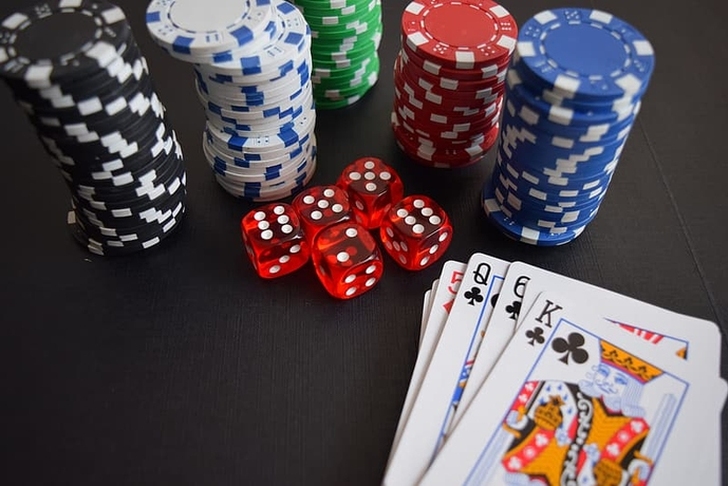 Red Dog Poker is an exciting yet simple game of luck, with the outcome completely dependent on what cards turn up and the amount of risk you feel comfortable with. With straightforward rules and odds that vary depending on your preferences, there are some attractive payouts to be had.

Red Dog Poker can be played using between one and eight decks of cards. The highest-ranking card is the Ace, with two being the lowest-ranking card. The house edge is dependent upon the number of decks you play with i.e. the higher the number of decks, the lower the edge, and the more chance you have of winning. The aim is a simple one: at the end of the game, you need to be the one with more chips than your opponent (online, it’s typically just you and the computer). Just focus on the cards being placed on the table and the cards in your hand. Everything else is luck, with a little bit of skill thrown in.

Of course, you don’t have to limit yourself to Red Dog poker only. In the very same section on sites like VideoSlots, you can play online roulette for money or try it for fun in demo mode. This might be a better choice for you, as some people find Red Dog poker way too complicated.

Learn the Rules
Your first bet is known as the Ante bet and is placed before the first three cards are dealt (two cards face-up and one card face-down). This is where you’ll be calling on Lady Luck to help you out, and you’re forced to predict where the face-down card will fall in accordance with the others. Basically, you have a decision to make:

Ride - also known as raise, choose this option if you’re feeling confident and want to double down.

Stand - also known as call, choose this option if you don’t feel quite so confident and would prefer to continue with the predetermined bet.

You’ll need to know the card values as its key when making your decision on whether to raise the bet or not. It’s also important to know the values of the cards when it comes to estimating the spread, which will help you make your decision. The spread is the range of cards that lie between the face-up cards.

Card Values
You’re looking for the spread to be as high as possible, as a high spread usually means the odds are high that you’ll raise the bet and ultimately win, as there are a higher number of chances of getting a card between that range. Let’s say the two face-up cards correspond to a two and an eight: the spread will be five, as there are five cards between them. This wouldn’t be the worst situation to Ride, but generally, you should be looking for a spread at seven or higher.

Odds and Payouts
When both face-up cards are of the same value, a third card is dealt. If it’s different than the first two, the round is considered a push, and your wager will be returned to you. If it’s the same, however, then you win with a payout of 11:1. This doesn’t happen very often, but it’s nice when it does. After all, there's a reason why the game of poker has attracted the attention of so many people, including such celebrities as Ben Affleck and Michael Jordan.

When it comes to Red Dog, however, don’t make the mistake of thinking that it’s a game you can easily win with better odds. Remember that the luck of the draw is king in this game. So you should choose your bets wisely and never be influenced by a lucky streak. The high payouts are positioned where they are on the table for a reason. It’s not very often or very easy that you’ll have the chance to hit it.