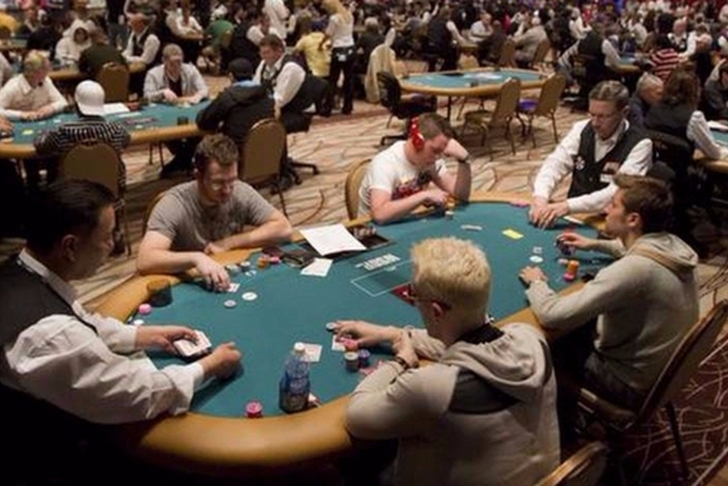 Online poker is one of the most played casino games today. According to many experts, it is the online poker tournaments that have made this game so popular. These tournaments are known for providing action-packed, thrilling games which makes the game even more interesting and fun. Needless to say, these tournaments are providing great prizes too. This is the reason why the majority of online casinos have such tournaments in their offer.

Before we go into details, let us highlight the fact that it is very important to take the phase of the game into consideration. In other words, you should use one approach when playing at the beginning of the tournament and turn to other tactics later.

Making a combination of different strategies
It would’ve been perfect if there was one universal strategy that can help poker players. Every player would learn this strategy and be successful at the table. But, poker doesn’t work in this way. So, when participating in online poker tournaments, it is crucial to follow a few tips and strategies that can help you. It doesn’t really matter whether you want to win the tournament or you are interested in winning the lowest prize, you will have to follow some basic rules.

Be careful with aggressive players
When it comes to online poker tournaments, it is not unusual for players to be very aggressive during the early stages of the game. According to some experts, players usually feel discouraged when their start in the poker game without a significant success (or with a loss). This is the reason why most of them are willing to risk their bankroll and create an advantage early in this game. That’s why it is a smart move for a disciplined poker player to take advantage of these aggressive players. In case a poker player has a great hand, they should not use the all-in option – they have to lure their opponents into placing higher bets and surprise them in the end.

Patience is a virtue
There are many top-notch poker players who are avoiding direct confrontation with other players in the beginning. In other words, they are just trying to “live” the first few rounds. Keep in mind that poker is also a game of discipline and waiting and you don’t have to show your playing style in the beginning of the tournament. By keeping things low, you can expect to get two things. First of all, if you are cautious, it is very likely that some of the opponents will eventually have to leave the table. Next, you will get a chance to focus on the moves of the other players on the table. This means that you will figure out how they are playing. Analyzing other people’s moves will help you use the right strategy. To put it in simple words, players don’t have to win every round to become winners at the end. Use the first few rounds to win enough money to stay at the table.

Don’t make things too complicated
Many players make the same mistake by making things too complicated at online poker tournaments. They think that if they are able to develop a strategy that is too complex, their opponents won't be able to predict their moves. But, the truth is that you should keep things simple. This is a rule that applies to every stage of the game. The vast majority of players will be interested only in their cards and they won’t be able to tell whether you have a good hand or a bad hand just by analyzing your actions.

Use a more aggressive approach when the blinds start going up
Finally, there are situations when you should become more aggressive and that’s especially true for the moments when the blinds increase. You will have to steal these blinds in case you want to stay in the game. Obviously, you can always win big pots, but the odds will start dropping after a while making blinds extremely important. The aggressive play should be increased even more when the bubble starts approaching.

Take some notes
You already know that you should pay closer attention to the moves made by other players, but it would be ideal if you can take notes too. This is the simplest way to learn more about their next move. In this way, you can always stay one step ahead of the competition.

By following these tips for online poker tournaments, you should be able to boost the chances of winning these tournaments.