5 Best Moments from the World Series of Poker 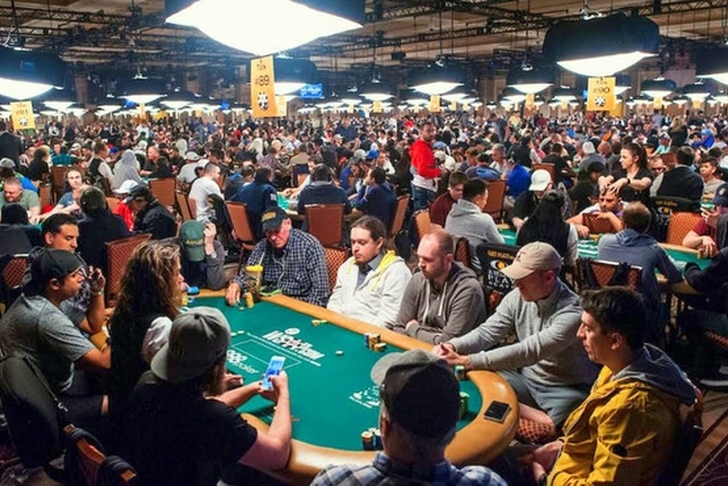 When it comes to poker, there is no event quite so prestigious nor high profile as the World Series of Poker (WSOP), held annually in Las Vegas. Whether you’re a competitor, a spectator or an online poker player dreaming of making it to the big leagues, this is the place to watch and learn from the best players in the biz. With so many world-class players congregating in one spot, tensions are high, competition is rife, and the unexpected just loves to show up to keep things interesting. Today, we’re taking a look back at five of the best moments from the World Series of Poker over the years.

#1: 1982 – Jack ‘Treetop’ Strauss
Imagine losing your whole pot in the final of the WSOP Main Event, only to discover you have one sneaky little chip hiding under your napkin. This is exactly what happened to poker legend, Jack ‘Treetop’ Strauss, who thought he’d been eliminated, before finding his saviour. As Strauss hadn’t made the all-in declaration, he was allowed to play on – and play on, he did. Strauss when on to win the whole tournament.

#2: 1989 - Phil Hellmuth
Now arguably one of the most famous names in poker, due to his talents as a self-promoter, things could have been very different for the ‘Poker Brat’ if things hadn’t gone his way back in 1989. That year, 24-year-old Hellmuth, became the youngest player ever to win the Main Event of the WSOP when he defeated hot favourite, and two-time defending champion, Johnny Chan. Hellmuth has since exceeded live tournament winnings in excess of $21 millionand has won a total of 15 WSOP gold bracelets.

#3: 1995 – Barbara Enright
Poker may still be a boy’s club, but back in 1995, Barbara Enright made history when she became the first female to make the Main Event Final. Enright eventually placed fifth in the competition and has gone on to win three WSOP bracelets, making her the most successful female player in the game.

#4: 2003 – Chris Moneymaker
Aptly-named, Moneymaker made it to the WSOP Main Event after winning his spot in a $40 online poker satellite game. To everyone’s surprise, he went on to win $2.5 million, defeating noted professional, Sammy Farha, and becoming one of the most recognised names in the poker world over night. This victory has been hailed as a revolutionary moment in the game as he was the first to come to the tournament via the online poker world.

#5: 1997 – Stu Ungar
Seriously talented-player, Stu Ungar battled withserious addictionsthat saw him nearly written-off by the majority of the poker community. However, in 1997, Ungar returned to Vegas with just a few hundred dollars in his pocket, determined to notch up his third World Series of Poker Main Event victory. He was victorious and earned himself the nickname, The Comeback Kid. Tragically, Ungar relapsed and passed away a few years later, but to this day, many still believe he was the best poker player in history.