Where Are They Now? The Steelers' Last 10 First-Round Draft Picks 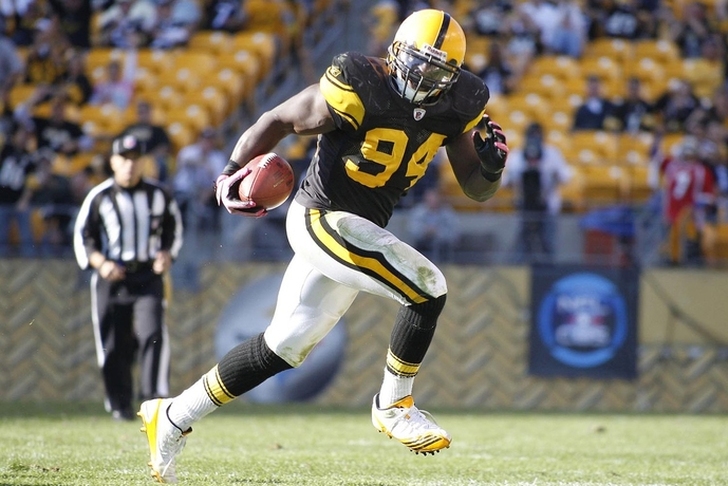 2015: LB Bud Dupree (#22 overall, Kentucky)
Dupree received All-Rookie honors from NFL.com, but still has work to do to be a consistent pass rusher. After storming out of the gate in 2015, Dupree's production tapered off in the second half of the season.

2014: LB Ryan Shazier (#15 overall, Ohio State)
Shazier's rookie campaign was marred by a knee injury and separate ankle injury, leaving some to wonder if he's durable enough to play at the NFL level after he made just 27 tackles with one pass defensed. Things went much better in 2015, as he posted 55 tackles and 3.5 sacks in 12 games -- but there's still work to be done, both from a health and production standpoint. More Steelers draft news inside the Chat Sports iPhone and Android apps!

2013: LB Jarvis Jones (#17 overall, Georgia)
Jones hasn't yet emerged as a full-time starter, but 2015 was a much-improved campaign over a tumultuous 2013-14 period (including being placed on IR after Week 3 in 2014). His fifth-year option remains a point of contention, but there is value there at least as a drop-back linebacker.

2012: G David DeCastro (#6 overall, Stanford)
DeCastro's career started off with an MCL tear in the third preseason game of 2012, costing him the first 13 games of the season. Things have improved considerably since then, leading up to his first Pro Bowl nomination this past season.

2011: DE Cameron Heyward (#31 overall, Ohio State)
Heyward seems to improve every year, emerging as one of the true leaders of the defense after working out a contract extension to get him off the fifth-year option of his rookie deal. He posted a career-high 39 solo tackles in 2015, adding seven sacks, two passes defensed and a forced fumble.

2010: C Maurkice Pouncey (#18 overall, Florida)
When Pouncey is healthy, he's an All-Pro. However, he's had two season-ending injuries (playing just one game in 2013, none in 2015), and also missed the Super Bowl of his rookie year due to injury. Pouncey's broken fibula in 2015 has caused some fans to clamor for him to be cut, but the Steelers continue to back him as the future of the center position. Get the full Steelers scoop inside the Chat Sports Android and iPhone apps!

However, he was never the same with the Steelers after tearing his ACL in the final regular-season game of 2011, ultimately leaving the team after a checkered 2012 campaign which saw him play just six games and get suspended for a game against the Dallas Cowboys after failing to show up for a game against the San Diego Chargers after being deactivated for inconsistent play.

Mendenhall landed with the Arizona Cardinals in 2013, rushing for 687 yards and eight touchdowns. He'd retire after the season at the age of 2016, saying that he wanted "to travel the world and write." He is currently a staff writer for the HBO football comedy "Ballers."

2007: LB Lawrence Timmons (#15 overall, Florida State)
Timmons has been a stalwart for the Steelers defense since being drafted, culminating in a Pro Bowl appearance in 2014. He remains a consistent force, posting 119 combined tackles and five sacks in 2015 while starting all 16 games for the fifth straight year.

2006: WR Santonio Holmes (#25 overall, Ohio State)
Holmes' story is two-pronged. His production was never in question, especially after he caught 79 balls for 1,248 yards and five touchdowns in 2009. However, the Steelers traded him to the Jets in the offseason with legal troubles piling up, cutting their losses despite his obvious talent.

His production waned year by year from 2010-13 with New York, ultimately leading to him being released after the 2013 campaign. He signed with the Bears in 2014, but was waived in November after catching just eight balls in nine games. He has not played a regular-season snap since.