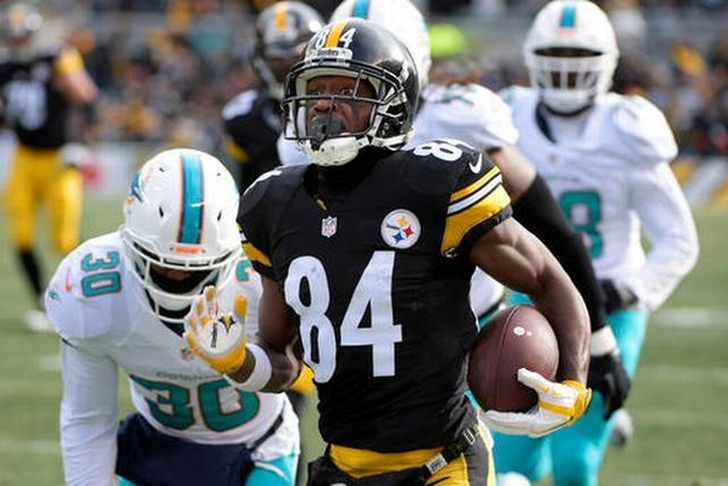 The Pittsburgh Steelers controlled this game from start to finish, cruising to an easy 30-12 win over the Miami Dolphins in their AFC Wild Card matchup. It wasn't an unexpected result, but we did learn a few things from the game. Here are the three biggest takeaways from Pittsburgh's win:

3) Pittsburgh's defense is ready for their close up.
Pretty much all of the talk surrounding the Steelers for the last two seasons has been about their offense and the weapons they have, and rightfully so. However, Pittsburgh's defense has quietly been improving - and showed in this game that they are playoff ready. Not only did they force three turnovers (four if you count Miami's turnover on downs), they limited Miami to just 52 rushing yards (2.5 yards per rush) and sacked Matt Moore five times. They were all over the field and were just as impressive as their offense.

2) Miami needs to improve their offensive line.
In saying that, the game also showed that Miami needs to focus on improving their offensive line this offseason. They need to improve on protecting the quarterback, and with them showing an increased emphasis on the downhill running game, they are counting on this being one of the league's better units. As such, what happened against the Steelers can't happen. They lost the line of scrimmage on virtually every snap, and that led to the lack of running lanes and increased pressures on the QB.

Bell took over after that, setting the franchise record for most rushing yards in a playoff game with 167 and added two more touchdowns. It was the first playoff game in which Brown, Bell and quarterback Ben Roethlisberger were all able to play together, and it proved to be just as scary as we thought.