WATCH: Every Steelers Touchdown From Pittsburgh's 31-13 Win Over The Jets 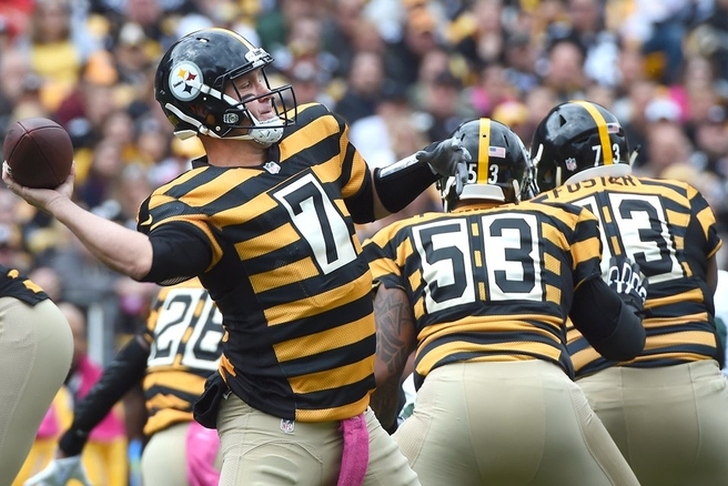 The Pittsburgh Steelers beat up on the Jets, as they used a strong second half to pick up a 31-13 win. The Steelers put up 24 unanswered points to cruise to a win. Ben Roethlisberger had a strong day through the air, throwing for 4 TDs and 380 yards.

Check out every Steelers TD from Pittsburgh's win below.

In the final seconds of the first half and down 13-7, Roethlisberger found TE Jesse James for the short score to give Pittsburgh the lead. They wouldn't give it up.

The Steelers extended the lead to 24-13 on the first play of the fourth quarter, as Antonio Brown reeled in a four-yard TD catch.

The Steelers added one more TD for good measure, with Coates getting his second TD catch of the day.

That made it 31-13, which would be the final score. All videos