The Top 3 Steelers Team Needs For The 2017 NFL Draft 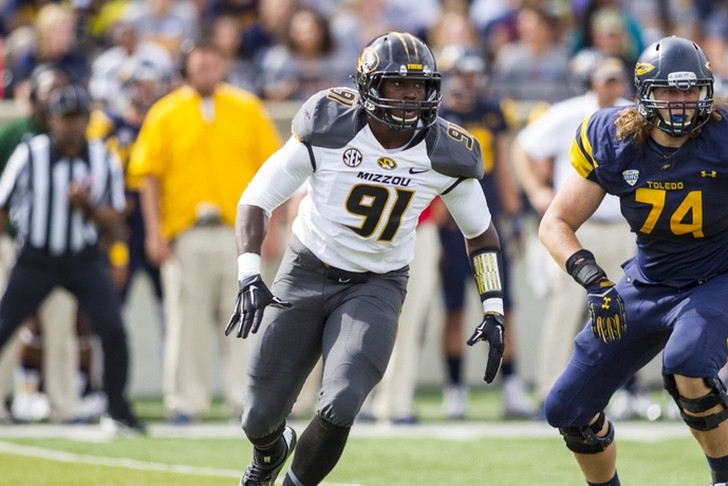 The NFL offseason is in full swing for the Pittsburgh Steelers. They made a few moves in free agency and are again in position for a playoff push, but to get to the Super Bowl, the Steelers have a few needs to address. With the NFL draft less than a month away, it's time to take a look at those needs.

Although fans might want a new coach, general manager, owner or whatever, only positional needs are detailed here. Needs already addressed via free agency are not included. With all that in mind, here are the 3 biggest Steelers team needs for the 2017 NFL Draft.

3) Wide Receiver
The Steelers locked up Antonio Brown, but still need to add some wide receiver help in the NFL Draft. Markus Wheaton is gone, and with Sammie Coates (injuries) and Martavis Bryant (suspensions) proving to be unreliable options, the Steelers could go WR early this year. It's not something we'll see that Steelers address in the first round, but look for them to use a second or third round pick on the position.

2) Outside Linebacker
James Harrison is 39 years old and is not going to play forever (though it certainly seems like he might). They need to find a long-term replacement for him, and they also need to get more production from their pass rush as Harrison led all outside linebackers with five sacks last season. Finding a replacement for him would be smart and serve as a warning for Bud Dupree to up his game.

1) Cornerback
Quite frankly, this is a position group that needs to be upgraded. The free agency signing of Coty Sensabaugh will help that, but they really need another quality guy. Artie Burns and Ross Cockrell are good players, but are better suited for lesser roles than they have right now. Looks for Pittsburgh to try and find a starting-caliber corner in the first round.