Thursday Night Football: 5 Things We Learned From The Ravens' 23-20 Win Over The Steelers 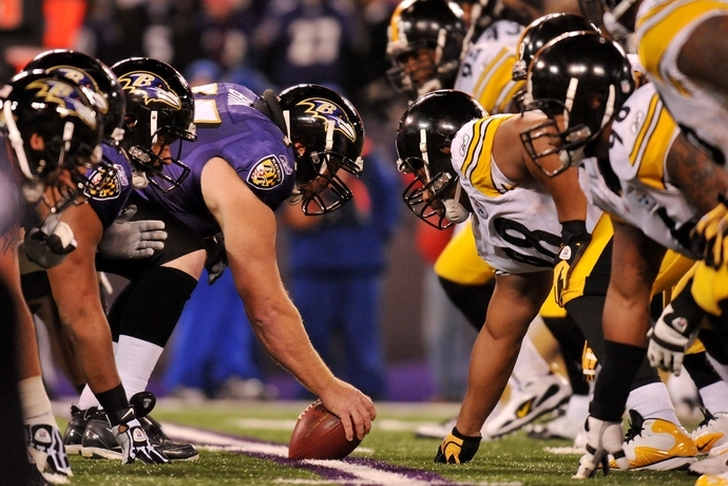 The Baltimore Ravens knocked off the Pittsburgh Steelers in 23-20 overtime win against the on Thursday Night Football. The Steelers had a chance to win the game, but were undone by two late missed field goals. The Steelers drop to 2-2, while the Ravens improve to 1-2. Here are five things we learned from the game.

An 0-4 start is essentially a death blow to a team's playoff chances. Only one team, the 1992 Chargers, has started the season 0-4 and gone on to win make the playoffs. The Ravens avoided that by knocking off an AFC North rival that has a strong playoff shot. The Ravens still have issues, but this win is critical.

The Steelers Will Be Okay Without Big Ben

The Steelers aren't as good with Mike Vick at QB as they are with Ben Roethlisberger, but Vick played well enough to win in regulation. Sure, the Steelers probably win if Big Ben plays, but this loss isn't on Vick. The Steelers didn't ask him to do much, but Vick completed 19 of 26 passes for 124 yards and a score. He also added 33 yards on the ground. He wasn't perfect, but this was a game the Steelers should have won with Vick at QB.

Joe Flacco Has No Weapons Without Steve Smith

Steve Smith missed a significant amount of the game with an injury, and the Ravens missed him. Without Smith, the Ravens' top targets against the Steelers were Kamar Aiken, Nick Boyle, Maxx Williams and Marlon Brown. The Ravens have yet to get anything from Breshad Perriman and were counting on him, but the offense is going to struggle if Flacco doesn't get some help.

Antonio Brown's Streak Is Over

Brown entered the game holding an incredible NFL record, having caught at least five passes for 50 yards in 34 straight games. The streak was nearly twice as long as any other NFL player's in history, but it is now over. Brown finished with five catches for 42 yards. He was targeted eight times in the game. Even OT wasn't enough for Brown to extend his streak.

The Steelers traded for Scobee to replace the injured Shaun Suisham and Scobee hasn't been an effective replacement. He missed an extra point earlier this season, prompting the Steelers to go for two more often. He had two makeable field goals against the Ravens that he missed. Both came in the final 2:30, and just making one of those kicks likely would have given the Steelers the win. His twitter mentions are not pretty.