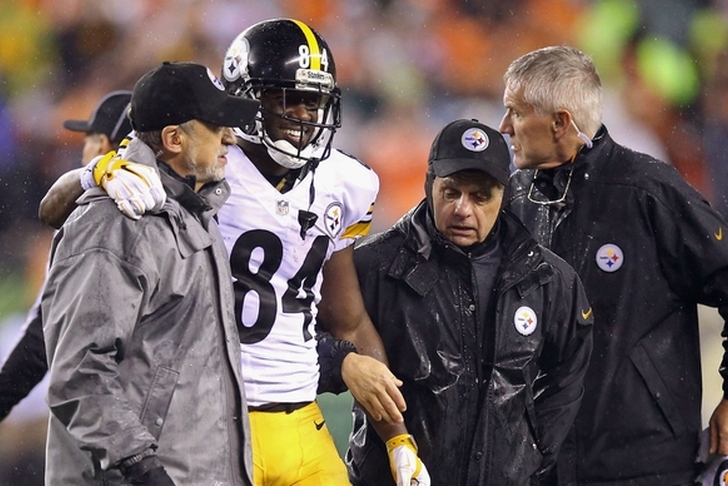 The Pittsburgh Steelers announced that star wide receiver Antonio Brown will not play in their playoff game against the Denver Broncos on Sunday due to a concussion he suffered in their victory over the Cincinnati Bengals last week:

WR Antonio Brown has been ruled out for Sunday's game in Denver. MORE: https://t.co/YczMIPd4y8

Brown suffered a concussion after receiving this hit from Bengals linebacker Vontaze Burfict late in the fourth quarter of the Steelers' win:

Brown was the leading receiver in the NFL this season, catching 136 passes for 1,834 yards and 10 touchdowns this year. He had particular success against the Broncos, catching 18 passes for 189 yards and two touchdowns in Pittsburgh's Week 15 win over Denver.

The Steelers will face the Denver Broncos on Sunday with kickoff set for 4:40 pm ET. The game will be televised by CBS.