Steelers Week 2 Outlook: 3 Things To Look For Against The 49ers 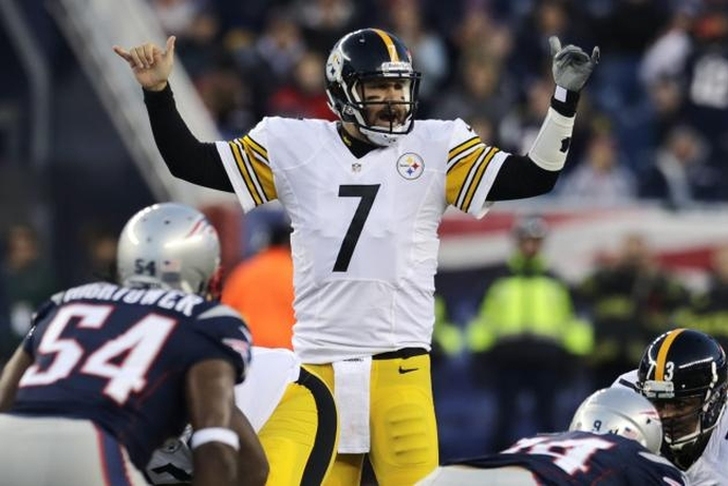 The Pittsburgh Steelers fell to the Patriots in the NFL opener last Thursday night, and they're looking to get their season back on track this weekend against the 49ers. Here are three things to look for:

3) Will the Steelers' defense look better?

Pittsburgh's defense allowed 361 yards to the Patriots on Thursday, most of which came on total defensive breakdowns. From busted coverages to failing to get lined up properly, the Steelers made a lot of mental mistakes on that side of the ball. If they do that again against the 49ers, they'll fall to 0-2 on the season.

2) Can they cut down on the penalties?

The Steelers' lack of discipline showed up on Thursday with a lot of penalties as they were flagged eight times for 77 yards. That severely limited the success Pittsburgh could have, and that can't happen against a team as good as the 49ers if they want to win.

Big Ben's 11th NFL season in 2014 was easily his best, as he set career highs in passing yards (4,952) & completion percentage (67.1%), along with tying his career best for touchdown passes (32). When your franchise quarterback averages 300 yards+ for the first time in his age-32 season, you know the good times are just beginning. Look for him to dominate a depleted 49ers secondary.