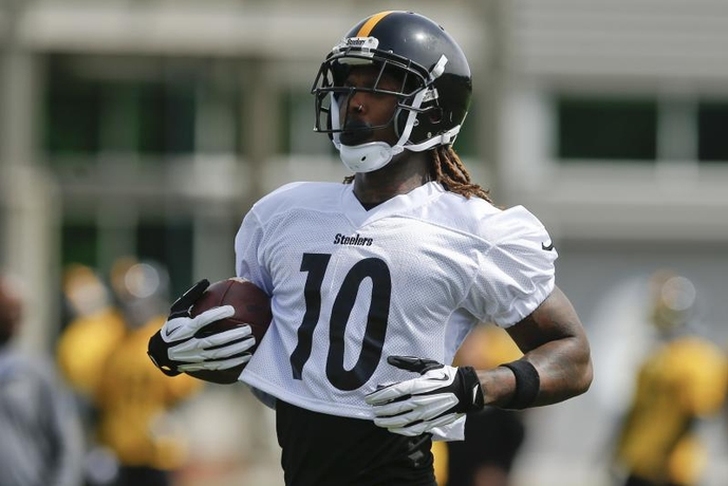 The Pittsburgh Steelers are in the middle of training camp with their first preseason game Friday against the New York Giants looming, but there is still plenty happening around the team with various roster moves, suspensions, injuries and more. Here's all the latest news and rumors you need to know:

Martavis Bryant could be back this week
Wide receiver Martavis Bryant has not been cleared to practice by the NFL as part of his conditional reinstatement following his year-long suspension for violating the league's substance abuse policy, but the team is hoping he'll be cleared to return this week, according to Gerry Dulac of the Pittsburgh Post-Gazette.

#Steelers thinking Martavis Bryant will be cleared to return this week, per team source.

James Conner returns to practice after absence
While Bryant was still on the sidelines, third-round pick James Conner returned to the field on Tuesday after injuring his shoulder two weeks ago, according to Ed Bouchette of the Pittsburgh Post-Gazette.

James Conner's pads did not stay on long in his first Steelers practice after nine days. Light drills and then he took them off

Conner, the team’s third-round draft choice from Pitt, injured his shoulder in the team’s first training camp practice in pads on July 30 at Saint Vincent College. His return Tuesday could mean he will suit up and play in Friday’s first preseason game at the New York Giants.

Conner had 216 carries for 1,092 yards and 16 touchdowns while also catching 21 passes for 302 yards and four more scores for Pitt last season.

Anthony Chickillo suffers hip injury
Another player who had his practice cut short was Anthony Chickillo, who suffered a hip flexor injury, according to Dave Bryan of SteelersDepot.com.

The Pittsburgh Steelers just wrapped up their Tuesday training camp practice about 45 minutes ago and while head coach Mike Tomlin didn’t give a detailed injury report afterwards, he did say that outside linebacker Anthony Chickillo was unable to finish the session.

“He had a little strain in his hip flexor, but I’d imagine that will day-to-day,” Tomlin said of Chickillo. “We’ll get him evaluated and I’ll have more information for you tomorrow, or he’ll be available tomorrow. We’ll play it by ear and see where it goes.”

Check out our Pittsburgh Steelers team page for all the latest Steelers news or download the Chat Sports App!