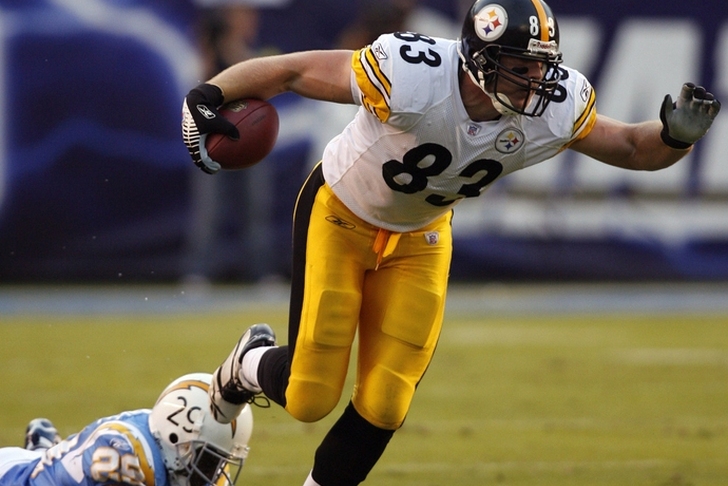 Miller was a first round pick by the Steelers in 2005 and spent his entire career with the Steelers. He is the team's all-time leader for receptions, receiving yards and TDs by a tight end. Miller thanked the team in a statement.

"I realize how extremely fortunate and grateful I am to have spent my entire career as a Pittsburgh Steeler,” Miller said. "I would like to thank the Rooney Family, Kevin Colbert, Bill Cowher, Mike Tomlin, James Daniel and the rest of the Steelers organization for giving me the opportunity to live out my childhood dream. I will always cherish and value the special bonds that I formed with my teammates. It was truly an honor for me to take the field with them. I am also appreciative of my entire family and all of the coaches who helped me along the way. Additionally, I want to thank Steelers Nation, the best fans in the NFL! Lastly, I owe the biggest thank you to my wife, Katie, and our four children for their unwavering support."

In his final season with the team, Miller caught 60 passes for 535 yards and two scores. He became just the second player in team history to record at least 500 yards in nine straight seasons.

He served as QB Ben Roethlisberger's security blanket throughout their time together on the Steelers. With Miller's retirement, the Steelers will need a new starter at TE. Matt Spaeth and Jesse James will get the first crack at replacing Miller. Spaeth is already 32 years old, while James was a fifth round pick last season. Rob Blanchflower is a 2014 seventh rounder also on the roster.

Follow our Pittsburgh Steelers team page for all the latest Steelers news.