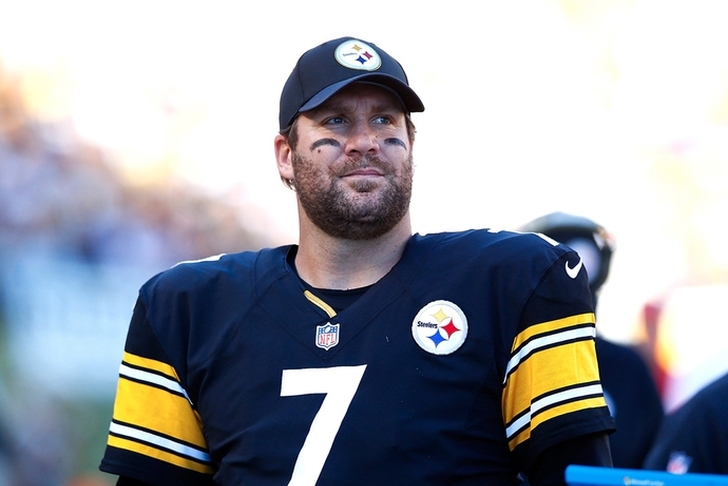 The Pittsburgh Steelers were upset by the Jacksonville Jaguars at home today 45-42 and the Steelers won't get their AFC championship rematch against the New England Patriots. It's the off-season in Pittsburgh and it didn't take long for the Steelers rumors to start swirling such as quarterback Ben Roethlisberger retiring and running back Le'Veon Bell getting the franchise tag. Here are the latest Steelers news and rumors you need to know:

Ben Roethlisberger Is Coming Back
Shortly after the Steelers loss, Ron Cook of the Post-Gazette reports Roethlisberger said "I plan on coming back next year."

Roethlisberger had a great game against the Jaguars racking up 469 passing yards, five touchdowns, and one interception. He will be 36 years-old at the start of the 2018 season. Roethlisberger has given retirement a thought in the past, but is squashing the off-season retirement rumors early.

Le'Veon Bell Likely To Be Franchise Tagged
According to Ian Rapoport of NFL Network, "a franchise tag is likely coming" for Bell. This came after Bell threated to retire if he were to be franchise tagged for the second straight year.

"I hope it doesn't come to that, but I would definitely consider it," he said on Thursday before practice.

Bell played great in the Steelers loss to the Jaguars with 155 total yards and two touchdowns. Bell is the focal point of the Steelers offense and had the most touches in the NFL this season with 406, despite resting in Week 17.

Todd Haley's 2018 Future
It isn't a secret that Roethlisberger and offensive coordinator Todd Haley don't have the best relationship, despite Roethlisberger's numbers improving with Haley as OC.

According to NFL's Ian Rapoport, the Steelers are at a crossroads with Haley.

Communication between Haley and Roethlisberger has worsened, according to the report, it's the reason why the Steelers QB coach Randy Fichter was moved from the coaches booth to the sidelines. The move was Roethlisberger's idea and head coach of the Steelers Mike Tomlin supported it.

Haley's relationship with Roethlisberger will likely be the reason he will not return in 2018.