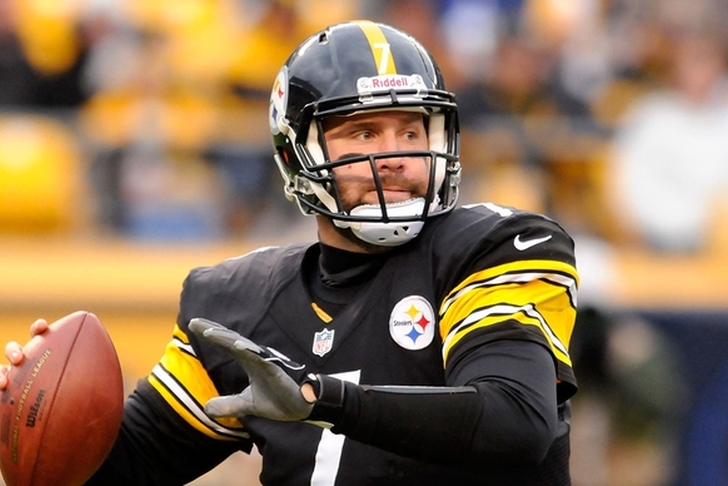 Roethlisberger returned to the sidelines in uniform after X-rays on his shoulder, but did not come back into the game. Landry Jones remained under center for the Steelers with just over five minutes to go.

Pittsburgh Steelers quarterback Ben Roethlisberger was carted off the field in the second half of the team's AFC Wild Card showdown with a right shoulder injury.

According to Sunday Night Football sports medicine analyst Mike Ryan, there is cause for concern in Pittsburgh:

Roethlisberger was injured after landing on his shoulder at the end of sack by Bengals linebacker Vontaze Burfict. Bengals fans reportedly threw trash at Roethlisberger as he was being wheeled to the locker room.

The official word from the Steelers is that Roethlisberger is questionable with a right shoulder injury. Backup QB Landry Jones took over for Pittsburgh with the Steelers up 15-7 in the fourth quarter. We'll have more info on Roethlisberger's injury as addition information is made available.