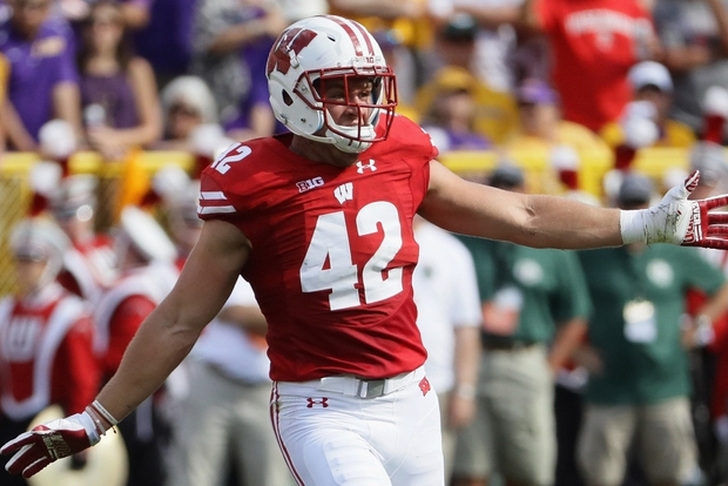 The 2017 NFL offseason is basically over, which means it's time to grade what the Pittsburgh Steelers did this year. Sure, a few more players might be traded, cut or signed, but it's likely the Steelers are finished making moves. Below is the Steelers offseason grades, which feature both free agency and the NFL Draft.

As for the grading, teams don't get a "B" just for showing up. A "B" is a good offseason, while an "A" is a great offseason. A "C" is not bad in my eyes, it's simply average at best. It's tough to get a "D," since that basically means a team botched almost everything about the offseason. Obviously there is a lot of opinion here, so hit me up on Twitter if you disagree with the Steelers' offseason grade.

The Steelers typically aren't an active team in free agency, which really just means they draft well enough to not have to throw money at big-name free agents. That was the case again this year. The biggest move was easily putting the franchise tag on Le'Veon Bell, something that had to be done. That keeps the grade high, as does keeping the ageless Harrison.

I would have preferred a better veteran backup than the awful Landry Jones, but so be it. Losing Lawrence Timmons wouldn't have been a big deal, but the Steelers didn't add anyone to replace him. I'm worried about the ILB spot now. Losing Wheaton and Jones won't impact the club, but it's unfortunate the Steelers had to cut Green after he failed a physical. He was a splashy signing just one year ago, but couldn't stay healthy. The Steelers have yet to find a quality replacement for Heath Miller.

Guys like Davis, Hunter, Alualu and Sensabaugh won't excite the fanbase, but they were cheap option. They're all quality, low-risk pickups.

Watt filled a big need for the Steelers and that was the right range for him. He might not start right away with James Harrison and Bud Dupree on the roster, but he'll see snaps. A Watt-Dupree pairing could be a strong one for the Steelers.

Smith-Schuster is an interesting fit in Pittsburgh, but they did need help at WR. I'm lukewarm on the value and fit, however. Does he play the big slot WR instead of Eli Rogers? He's not a deep threat, so does he operate as a possession No. 2 down the road? I thought the Steelers could have landed an equally-talented WR later in the draft.

I love the Sutton and Allen picks at corner. Sutton will play first, potentially as a long-term nickel. But Allen might have more upside, although he's far more raw. Those two, plus second-year player Artie Burns form a talented trio for the future.

Dobbs was decent enough value and he'll carve out a long NFL career as at least a backup with his intelligence. Hopefully he can take the backup role from Jones. I don't think he develops into a starter, but a fourth round pick isn't a reach for a backup QB.

Conner was a reach in my eyes, and although he's a great story, I worry about his speed. He'll be a bigger back to pair with Bell, but the Steelers could have waited or taken a better player. Still, it's not a terrible pick. I don't why the Steelers bothered taking a long-snapper, especially with the big hole at ILB unfilled. Adams was a fine seventh round pick even if he doesn't make the team as an edge rusher.

I don't hate the Steelers' draft, but I don't love it either. That gets them a C+ in my book.

The Le'Veon Bell re-signing is weighted more than any other move in these grades. The Steelers didn't do a ton in the offseason in terms of adding talent, but it's not like they needed to (or had the cap space). My only main concerns right now are at ILB, TE and Ben Roethlisberger's health. The Steelers are once again in position to push the Patriots for the AFC crown and Super Bowl berth.

Follow our Pittsburgh Steelers team page for all the latest Steelers news or download the Chat Sports App!