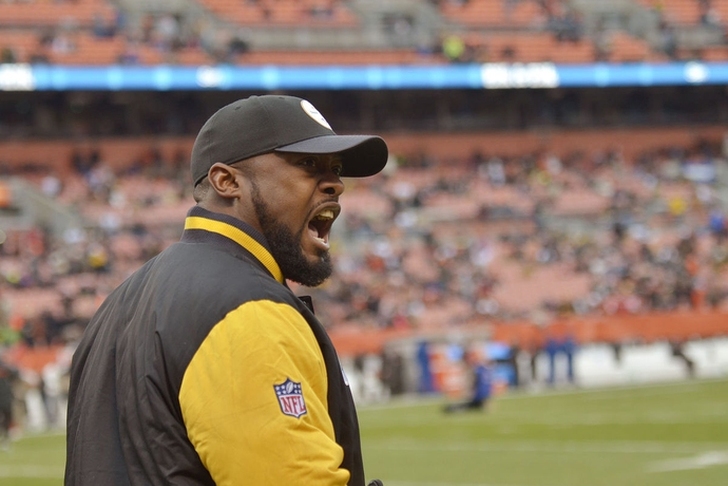 We're already a few weeks into NFL Free Agency, and while the Pittsburgh Steelers haven't been among the most active teams early, they might not be done making moves yet. With that in mind, here are all of the interesting rumors and news tidbits around the Steelers.

Pittsburgh unlikely to sign cornerback in free agency
The Steelers have been looking to upgrade their secondary this offseason, particularly at cornerback, but head coach Mike Tomlin said he doesn't see Pittsburgh signing any CB's in free agency.

Tomlin said it's unlikely Steelers will sign a CB in free agency. “I don’t know that there’s one available at this juncture.”

That means Pittsburgh will likely select a cornerback early in the NFL Draft. Clemson's Mackensie Alexander and Ohio State's Eli Apple figure to be the top cornerbacks that could be available with the No. 25 pick in the first round.

Maurkice Pouncey is fully healthy
Steelers center is back to being fully healthy after having season-ending leg surgery, reports ESPN's Jeremy Fowler.

Pittsburgh Steelers center Maurkice Pouncey has had no limitations in his offseason workouts nearly seven months removed from a season-ending leg injury, his brother, Dolphins center Mike Pouncey, said from the owners meetings.

However, Tomlin said that the teams still plans to be cautious in Pouncey's return.

"What he’s capable of doing and what I allow him to do might be two different things," Tomlin said Monday. "I hadn't had those discussions of that juncture. More than anything, I’ve been watching some of those guys go through the rehabilitation process."

“I sincerely apologize to the Rooney family, the great Pittsburgh Steelers organization, coach Mike Tomlin, general manager Kevin Colbert, my teammates and all of the outstanding Steelers fans and, of course, my mother and children for what happened. I regret that my actions led to this punishment from the NFL and that I won’t be able to play football this year. I’m committed to making this right and realizing my full potential, on and off the field. I will spend this year devoting myself to improvement mentally, physically and spiritually to become the best Martavis Bryant I can be.

“I look forward to resuming my NFL career next year, and I promise to come back strong. Playing in the NFL is a privilege that I respect and my future actions will reflect just how seriously I take this game and the honor that it is to be a part of this league. Please respect my privacy and my family’s privacy during this difficult time. I will have no further comment at this time.”