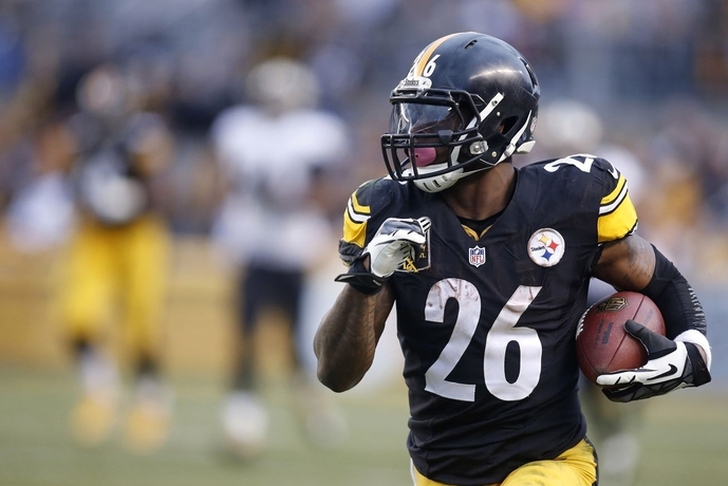 Pittsburgh Steelers running back Le'Veon Bell is reportedly facing a four-game suspension for alledgedly skipping "several" league mandated drug tests, and he has denied that. Bell is appealing the suspension, but the NFL doesn't seem to be in a rush to hear the appeal.

According to Ray Fittipaldo of the Pittsburgh Post-Gazette, the league hasn't scheduled an appeal hearing yet for Bell's case:

Steelers running back Le’Veon Bell doesn’t know when his appeal of the four-game suspension the NFL handed down for a violation of the league’s drug policy will be heard. He also doesn’t know if, or when, he’ll play in a preseason game this summer.

Coach Mike Tomlin ruled Bell out for Thursday’s game against the Eagles at Heinz Field. If Bell is going to play at all this preseason it will be Aug. 26 at New Orleans or Sept. 1 at Carolina, the final preseason game when starters usually are held out.

Bell said Tomin hasn’t shared with him any plans about his playing time in advance of the pending suspension. At the beginning of training camp, Tomlin said Bell’s appeal was supposed to be heard sometime in the middle of August. But the fact that it’s drawn out hasn’t changed his approach to handling his backs in training camp.

“It hadn’t weighed in any of our planning whatsoever,” Tomlin said. “We’re simply going to wait until a judgment is rendered and then react accordingly. I don’t want to waste time with speculation. We are preparing him to get ready for the season. The things that are going on with him in New York haven’t been a factor whatsoever.”

This is Bell's second drug-related offense, as he was suspended for the first two games of the 2015 season after being arrested on a marijuana charge.

He is recovering from a torn PCL and MCL he suffered last season, but all reports from training camp indicate that Bell looks completely healthy. Bell ran for 556 yards and three touchdowns on 113 carries in six games last season.