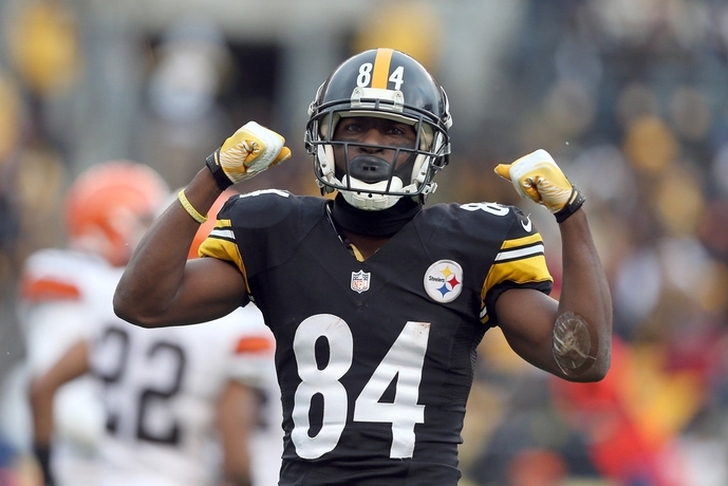 Brown signed a six-year, $43-million deal with the Steelers in 2012 that now looks like a steal for Pittsburgh. Brown has been one of the best and most consistent WRs in the last few years and wants to be paid like it.

Brown's agent Drew Rosenhaus, who is also Hilton's agent, has already met with the Steelers. Working against Brown is that the Steelers haven't redone a contract with so many years left before and don't want to set the precedent now.

If Brown can't get a new contract, don't expect him to holdout.

"Holdouts never go well," Brown said in late July. "Just look at history. It always ends badly. It wouldn't be the best decision. I make a lot of money. I pull up to camp in Rolls-Royces."