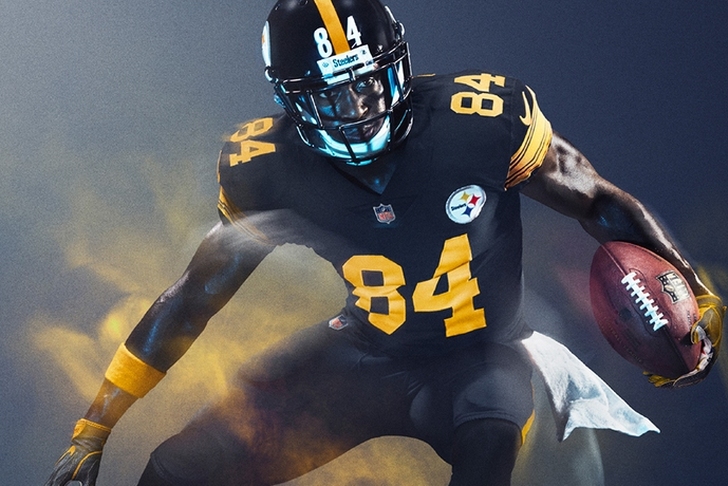 The Pittsburgh Steelers are playing the Tennessee Titans on Thursday Night Football, a game where both teams are leading their division and playing solid football. Before the game starts tonight at 8:30 pm ET, there are a few news and rumors to cover. Everything from injury updates, color rush uniforms and Todd Haley telling Ben Roethlisberger to STFU. A Steelers news and rumors roundup you won't want to miss.

Todd Haley Tells Big Ben to STFU
If you don't know what STFU means, then google it. The Steelers offense was struggling to move the ball in Week10 against a poor Colts defense and it was rumored that Todd Haley told Big Ben to STFU.  After the game, Haley was asked if he was yelling at Ben Roethlisberger and this was his response:

Todd Haley said today that he was not yelling at Ben Roethlisberger on Sunday...but rather an "unnamed coach" pic.twitter.com/Ny4Pkherh8

Even though Haley said he was yelling at a coach who he, of course, didn't name. I search for this video and finally found it. So you tell me whether or not you think Haley told Ben Roethlisberger to Shut The Bleep Up.

@damonbenning Do you know who Todd Haley was yelling at to “shut the eff up” during the 2 pt timeout / delay of game debacle? pic.twitter.com/A3IORasRqY

Do I think this is a big deal? No, I don't because they are grown men who are competitive and the Steelers weren't playing well. I'm glad Haley said it actually and Steelers fans should be too.

Steelers Injury Update
The Steelers coming off a short week are dealing with some key injuries that include: CB Joe Haden (OUT), LB James Harrison (Back), TE Vance McDonald (Ankle), and S Mike Mitchell (Ankle). Obviously, the Haden injury comes as no surprise as he broke his fibula last week but the other players remain questionable and will be game-time decisions.

Harrison was unable to play last week while Mitchell and McDonald were injured during the Steelers Week 10 game against the Colts.

If you want to hear more talk about Thursday Night Football, luckily for you Tom Downey and Mitchell Renz talk game and much more on The Fantasy Football Rumors Podcast.