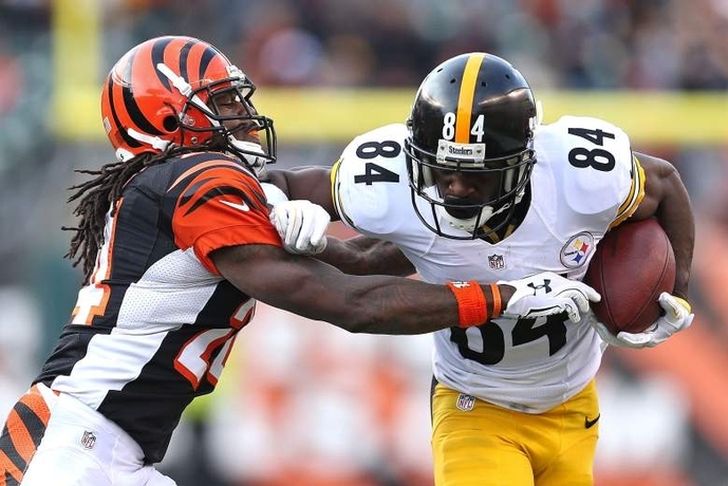 The Pittsburgh Steelers continued their hot streak, recording their fourth win in the last five games with a 33-20 win over the Cincinnati Bengals. Here's everything you need to know from the game:

The injury bug bit the Bengals in a big way. Quarterback Andy Dalton suffered a fractured thumb and could miss the remainder of the season, while tight end Tyler Eifert suffered a concussion.

The Bengals allowed more than 10 points for just the second time in the past seven games - they came into the game allowing the fewest points in the NFL.

Cincinnati had a chance to clinch the AFC North with a win, but instead may drop to the No. 3 seed in the AFC and could face the Steelers in the first round of the playoffs.

"Mentally I'm fine. It's unfortunate it happened at this point in the season. I'm doing all right. There are a lot of people who are way worse off than I am." - Dalton on his injury.

"If you don't [have confidence], you're doomed. I've always believed in myself when I've stepped between those white lines where it's a nasty and dirty game. If you lose confidence it can go bad for you real quick." - Bengals backup quarterback A.J. McCarron, who replaced Dalton.

Pittsburgh is perhaps the most dangerous team in the league right now, even though they're currently out of the playoff picture. At 8-5, they have the same record as the Chiefs and Jets for the two AFC Wild Card spots, but the Steelers are the No. 7 seed on tiebreaker. The Steelers have now scored at least 30 points in each of their last five games, and if they can keep that up, there's no way they'll miss out on the postseason.

Could the Bengals' curse be alive and well? Cincinnati came into this game as the healthiest team in the league, but suffered potentially catastrophic injuries to two of their most important players in Dalton and Eifert. McCarron proved he is capable of playing well, passing for 280 yards and two touchdowns, but did throw two interceptions - including one pick-six.