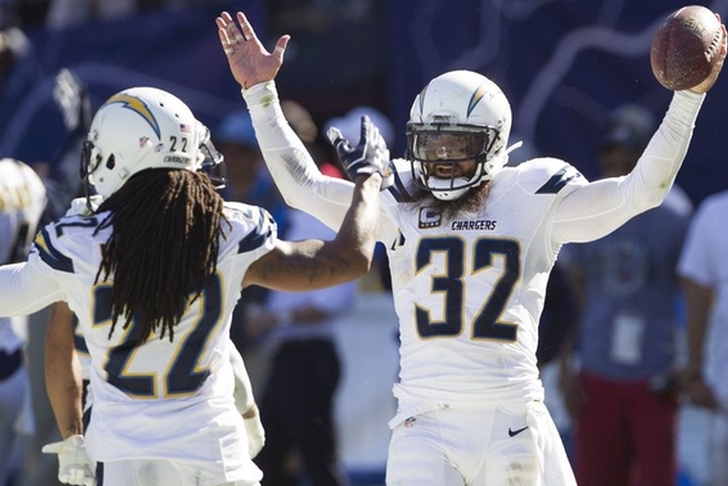 NFL Free Agency is officially here, and the next few days will feature several Pittsburgh Steelers rumors. The Steelers have already made several big moves and might not be done yet. With that in mind, here are a few of the more interesting rumors and news tidbits on the Steelers.

Eric Weddle to make decision on Monday
Chargers safety Weddle is perhaps the biggest free agent left on the market, and the Steelers are one of the five teams that are strongly pursuing him - and they won't have much more time to make an impression on him. According to NFL Network's Ian Rapoport, Weddle plans to make a decision on Monday.

What's on tap for Eric Weddle? He has offers from 4 teams. He'll evaluate the city, roster, schools, levels of the deal & respond Monday.

More on Eric Weddle: He, his agent & his family will decide on 2 teams. Negotiates will move forward & when a deal is reached, he'll decide.

The Cowboys, Panthers, Raiders, and Ravens are all also pursuing Weddle.

Beachum visiting Jaguars
Offensive lineman Kelvin Beachum became a free agent when he and the Steelers couldn't come to an agreement before the new league year started on March 9. The two sides are still working on a deal, but Beachum is also taking full advantage of his free agent status, visiting the Jacksonville Jaguars today. The Ravens, Jets, and Seahawks have also expressed interest in Beachum.

Bryant was suspended four games after testing positive for marijuana prior to last season, meaning this violation should've resulted in a 10-game suspension. It's uncelar why the suspension is expected to be for a year.

Ed Bouchette of the Pittsburgh Post-Gazette confirmed the report, and added that Bryant’s agent says the suspension has been appealed.

Bryant caught 50 passes for 765 yards and six touchdowns last season, including a nine-catch, 154-yard performance against the Broncos in the playoffs.