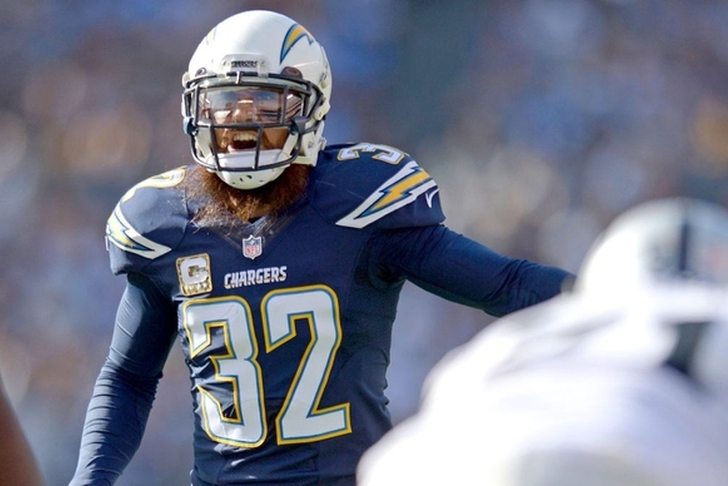 NFL Free Agency starts on March 9th, and the next few days will feature several Pittsburgh Steelers rumors. While free agency doesn't officially start until Wednesday, Monday and Tuesday are "legal tampering" days. That means teams can discuss contracts with any player, although a deal can't be signed until Wednesday. With that in mind, here are a few of the more interesting rumors and news tidbits on the Steelers.

Weddle A Fit For Pittsburgh?
Former Chargers S Eric Weddle has been vocal that he wants to play for a Super Bowl contender, and that might result in him playing for the Steelers next season. Weddle told SI.com's Peter King that he believes Pittsburgh is a fit for him.

"I’ve got three to five years left in me,” Weddle said. "I want to go somewhere I have a chance to win a Super Bowl. Until last year I’ve never been injured. I’ve never had surgery. I don’t drink, I don’t go out. My shoulders, back, legs, hip, they’re all fine. I think I bring a lot to a team."

The Steelers are tight on cap space, meaning Weddle would have to take less money to play for Pittsburgh. Teams like the Carolina Panthers, New England Patriots and Oakland Raiders are also in play for Weddle.

Steelers Re-Sign Darrius Heyward-Bey
The Steelers locked up one of their WRs just before he was set to hit the open market.

Heyward-Bey was a first round pick by the Raiders, and although he hasn't lived up to that draft position, he's carved out a niche as a backup WR who is a deep threat. This is a rather team-friendly deal for the Steelers.

That's not a ton of money, and it shouldn't prevent the Steelers from signing Weddle if he really wants to join Pittsburgh. Golden has played sparingly in his NFL career, but he could see more playing time next season.