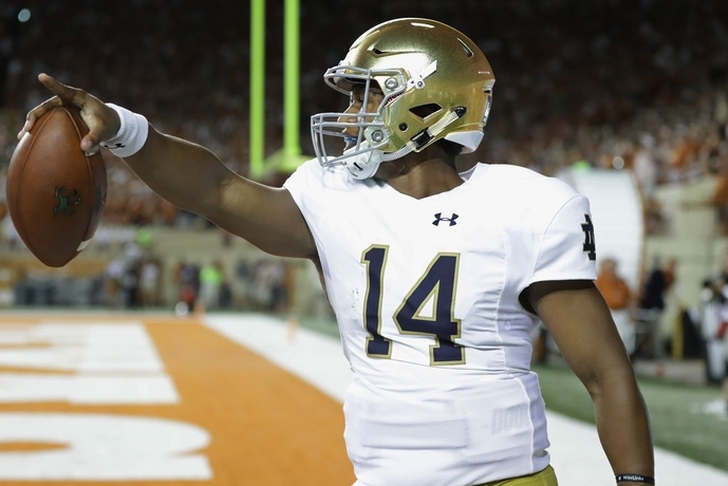 The Pittsburgh Steelers don't have an immediate need at quarterback, but they are interested in drafting a player that can take over the job long-term. Ben Roethlisberger hinted at retirement this offseason and although he's expected to return, the Steelers are keeping an eye out for a potential heir. It's not Landry Jones, despite his re-signing, so they're looking to the draft to find that guy.

As such, they appear to be targeting Notre Dame's DeShone Kizer in the first round, according to Charlie Campbell of WalterFootball.com:

In the final days before the draft, WalterFootball.com has learned from team sources that Steelers have been asking around to other teams, trying to gauge where Kizer could be drafted and who could be interested in taking him. Pittsburgh has to start planning for the retirement of Ben Roethlisberger and it sounds as though Kizer is viewed as their developmental starter in waiting while Roethlisberger finishes out his career.

The Steelers have tried to be discrete with their vetting of Kizer with offensive coordinator Todd Haley at the Notre Dame pro day rather than a big contingent of general manager, head coach, and other top executives. However, teams have told WalterFootball.com that Pittsburgh has revealed some nerves about Kizer not getting to their pick as they've asked around the league where he might go and what teams are interested in taking him.

Pittsburgh has been heavily linked to Tennessee QB Joshua Dobbs, but it now appears that Dobbs is simply a backup option if they are unable to land Kizer.

Kizer passed for 2,925 yards with 26 touchdowns and nine interceptions while rushing for 472 yards and eight more touchdowns this past season.