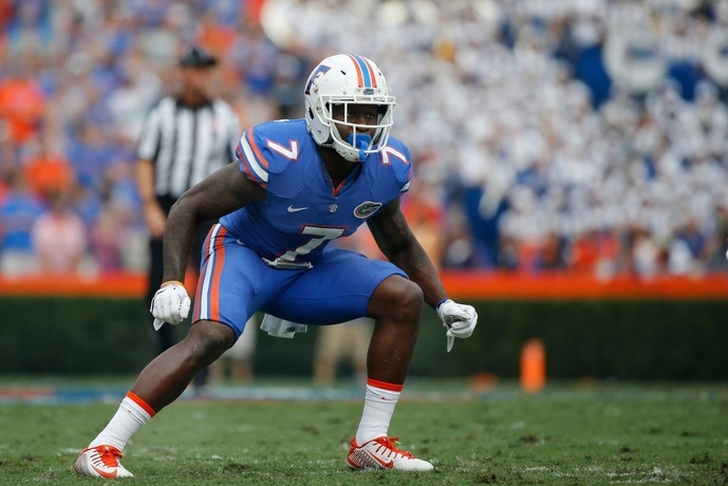 The Steelers rumors surrounding who Pittsburgh will target in the 2018 NFL Draft continue to grow now that NFL free agency has slowed down and the draft is only a month away. The Pittsburgh Steelers have been busy this offseason, signing or resigning 21 players to this point in free agency, but still have holes that need to be addressed in the draft. Pittsburgh may not need defensive help at the cornerback position, but adding depth is never a bad thing after Pittsburgh released cornerback William Gay. Which is why it isn't surprising to see the Steelers want to host Florida cornerback Duke Dawson.

Do you consider yourself a Die-Hard Steelers Fan? Do you think Jesse James "Caught It"?
PROVE IT! -------> Like and Follow Pittsburgh Steelers by Chat Sports

The Steelers are allowed 30 pre-draft visits and according to NFL Draft analyst Justin Melo,  Dawson has either a private meeting or a workout scheduled with the Steelers.

The Steelers have a solid cornerback corps with Joe Haden, Artie Burns, Mike Hilton, Cameron Sutton, Coty Sensabaugh and Brian Allen. But we've seen the Steelers in the past stick to their best player available strategy and if Dawson is the best player left on the board, the Steelers may select him.

Dawson is a versatile player who played both outside and inside for the Gators, which is probably why the Steelers are interested. Dawson is projected to be a third or fourth-round draft pick and if he falls in the draft he may be wearing black and yellow in 2018.