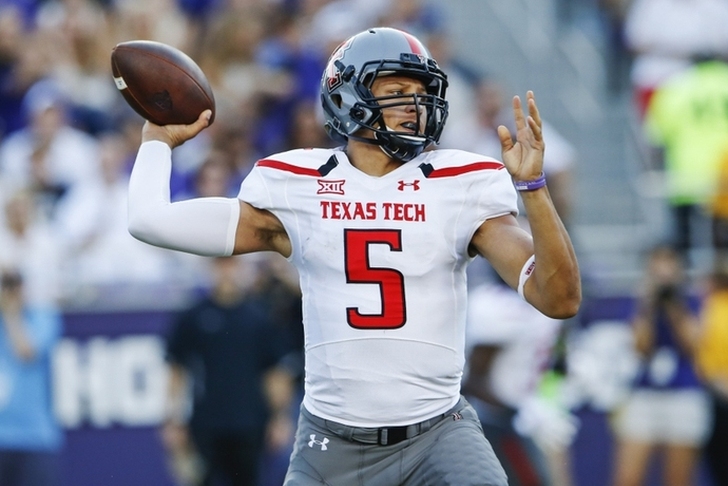 The start of the 2017 NFL Draft is less than one month away and the Pittsburgh Steelers are looking to add another impact player or two to help their Super Bowl push. Defense is the expected focus for the Steelers, but they're also looking for a young QB to groom. Here are all the latest Steelers draft rumors and news you need to know.

Steelers Looking At Patrick Mahomes And Joshua Dobbs?
Ben Roethlisberger hinted at retirement this offseason and although he's expected to return, the Steelers are keeping an eye out for a potential heir. It's not Landry Jones, despite his re-signing, and the Steelers are now bringing in both Tennessee' Joshua Dobbs and Texas Tech's Patrick Mahomes.

Seemingly every team with a need of some type at QB has either worked out or visited with Mahomes. If the Steelers wanted him, they likely need to spend their first round on him. Dobbs, in a down QB class, is a likely Day 3 pick.

McKinley makes perfect sense for the Steelers in the first round, if he's on the board. McKinley had a breakout year for UCLA and would be an ideal replacement for James Harrison, whenever Harrison retires. He and Bud Dupree would form a dynamic long-term duo.

Two Wide Outs Visiting
The Steelers are also bringing in a pair of potential mid-round picks for visits.

The draft visitors for the @Steelers: QB Joshua Dobbs, from Tennessee, WR Kenny Golladay from N Illinois, WR Joshua Reynolds from Texas A...

Both Golladay and Reynolds should be Day 3 picks. With Markus Wheaton gone, Sammie Coates underperforming and Martavis Bryant's issues, it appears the Steelers are looking for some added help.

Follow our Pittsburgh Steelers team page for all the latest Steelers draft rumors or download the Chat Sports App!