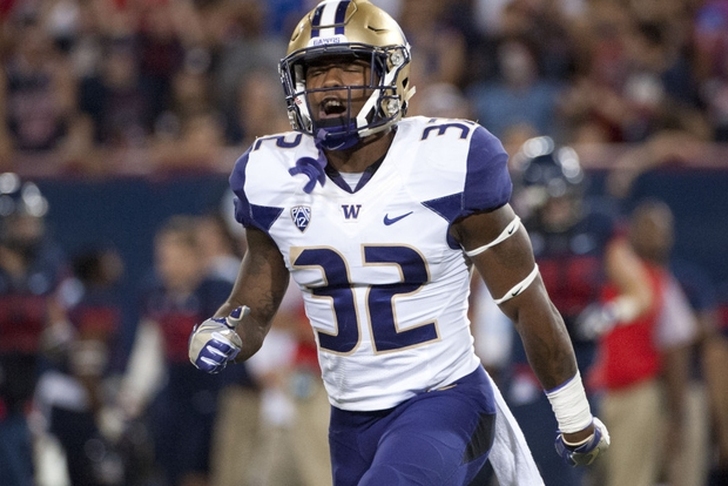 With the 2017 NFL Draft just a few weeks away, the Pittsburgh Steelers are bringing in multiple prospects for visits. Five more are coming in Thursday and with the Steelers limited to hosting 30 prospects before the draft, it's fair to assume the Steelers are highly interested in these players.

Baker might be the best one of the group and he's a darkhorse option for the Steelers at the end of the first round. If the Steelers pass on a linebacker, Baker could be the selection. The Washington product would be a perfect fit as a slot safety for the Steelers, the same of which is true for N.C. State's Josh Jones.

Davis, the former Florida Gator, would provide the Steelers with a Lawrence Timmons replacement. There's a solid chance he's on the board and would make for a quality selection if some of the other top prospects are off the board.

NOW READ: 5 Teams That Could Trade For Richard Sherman

Godwin had a great combine and is likely a Day 2 selection. The Penn State product would give the Steelers another weapon, one who is likely more reliable than the oft-suspended Martavis Bryant or Sammie Coates, who is looking like a bust.

Then there's James Conner, who actually won't count against the 30-man limit. That's because he went to Pitt, which counts as the "Metropolitan area" for the Steelers. Conner has an amazing story, having recovered from cancer to play at a high level with the Panthers. Conner is a big back and is a likely Day 3 selection.

Follow our Pittsburgh Steelers team page for all the latest Steelers Draft Rumors or download the Chat Sports App!