Steelers 25 - Cardinals 13: 3 Things We Learned From Each Team 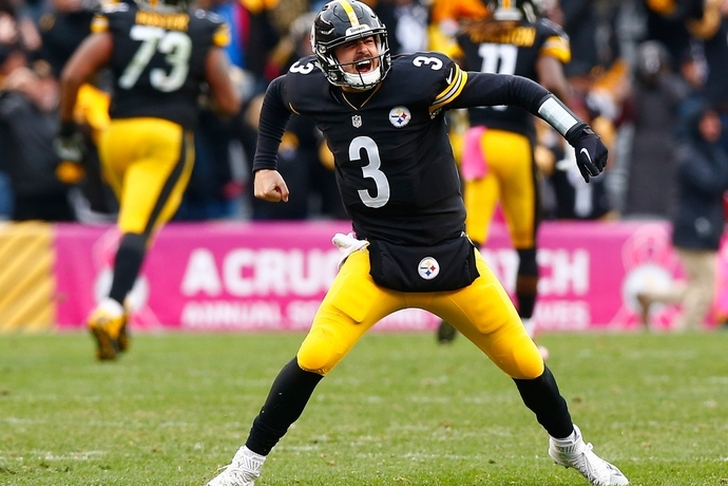 The Pittsburgh Steelers improved to 4-2 on the year with a home upset victory over the Arizona Cardinals, who now fall to 4-2 on the season. Here are three things we learned from that contest:

Landry Jones may have taken the backup job from Mike Vick. Vick really struggled against the Cardinals seconardy, completeing just three passes for a grand total of eight yards. Jones got a chance when Vick went out with an injury, and completed 8/12 passes for 168 yards and two touchdowns. That should be enough to give Landry the nod next week if Ben Roethlisberger can't play.

Welcome back, Martavis Bryant. The second-year player appeared in his first game of the season after served a four-game suspension and showed why he was expected to have a breakout season this year, catching six pases for 137 yards and two touchdowns. He showcased his height with an eight-yard TD catch in the third quarter, then his game-breaking speed with a 88-yard catch and run in the fourth. It looks like Bryant hasn't missed a beat.

Pittsburgh's defense is making strides. The Steelers did allow over 400 yards to the Cardinals, but they only gave up 13 points to the NFL's second-highest scoring offense and forced three turnovers. That's a GREAT sign going forward.

Carson Palmer can still be inconsistent. Arizona's QB has been one of the best in the league all season, but he had his worst game today by throwing two interceptions. Palmer has gotten a lot better with his decision-making over the last two years, so hopefully this is just a bad game in that regard instead of a regression.

Arizona still doesn't have a reliable running back. Both David Johnson and Chris Johnson have looked like featured backs this season, but no one has been able to play well continuously. That unreliability reared it's ugly head in this one as the Cards gained just 55 yards on the ground as a team.

John Brown is a bonafide stud. Arizona's slot receiver had the best game of his career, racking up 196 yards on just 10 catches, which is just the latest in the line of great performances.